Brandon on the Job

Brandon is running as a Democrat for Hawaii State Senate District 16, which encompasses ʻAiea, Pearl City, and Hālawa.

For the past 7 years, Brandon has actively served the people of ‘Aiea, Pearl City, and Waipahū on the Honolulu City Council where he has worked tirelessly to  enhance the quality of life for our residents, strengthen and improve community ties, and foster community resiliency.

He also serves as a member of the Board of Directors on the National League of Cities (“NLC”), Chair of the Large Cities Council for the NLC, and a member of the Oahu Metropolitan Planning Organization.

Brandon is currently active as the Vice President of Education for Paradise Hawaii Toastmasters and is a member of the Pearl City Lions Club, and St. Elizabeth of Hungary Catholic Church.

He is a former member of the ‘Aiea Neighborhood Board, ‘Aiea High School Alumni Association, various nonprofit organizations including the JCI-Hawai‘i-Filipino Jaycees, and the Honolulu Japanese Junior Chamber of Commerce.

Many families face difficult financial decisions everyday and unfortunately, many live paycheck-to-paycheck and many others are just a paycheck away from becoming homeless. Brandon understands that there is a need for more housing that is affordable. With the city’s new affordable housing policy requirements and transit-oriented development, the city will have an opportunity to create zoning around the rail stations to meet the needs of working class families, seniors, and young professionals.

Brandon believes it’s important to protect our water aquifer, watersheds, and preservation of important agriculture lands. Infrastructure are critical components to our every day lives of traveling on smooth roads, having fresh water, and structural sound highways and roads.

Invest in our Schools

As a graduate of public schools, Webling Elementary, ‘Aiea Intermediate School, and ‘Aiea High School, Brandon understands the importance of receiving a quality education and also providing our educators with tools and resources to succeed.

Brandon has advocated for more affordable housing units and services for homeless families. He strongly advocated for the homeless outreach navigation center to be the first to pilot in the district he represents bringing much needed services to the community to assist the homeless population.

Brandon was on the frontlines to ensure that Hawaii could get federal dollars to provide stability for our economy during the pandemic. He believes it’s important that we are resilient by recovering and rebuilding for future growth of our local economy to support our local families.

With the potential for rising sea levels and storms, it’s important we continue to plan for our future. As a legislator for the past seven years, Brandon advocates to pass and adopt Climate Action plans and held workshops in the community to ensure preparedness and the ability to take action for our future.

Campaign news and updates delivered to your inbox

A lifelong resident of the Pearl City and ‘Aiea communities and graduate of ‘Aiea High School in 2004, Brandon Elefante learned at an early age the value of responsibility and commitment. He was an only child born to a single mother and also raised by immigrant grandparents from the Philippines, who taught him about respecting others and the importance of hard work.

Brandon yearned to explore and experience beyond what Hawaii had to offer, and after graduating from high school, decided to attend Saint Mary’s College of California, where he served as a resident advisor to his peers in the dormitories. He also cofounded and was president of the Hawai’i Club, receiving numerous awards for his dedication to student affairs and community service.

After graduating with a Bachelor of Science degree in economics and business administration in 2008, Brandon moved back to Hawai’i. Once back home, Brandon became active in the community and pursued a Master’s in Business Administration from Chaminade University and graduated in 2011.

It was during his college years that Brandon discovered his passion for public service. This eventually led him to work as a legislative aide to Honolulu City Councilmember Breene Harimoto, with whom, for four years (2011 to 2014), he assisted the Councilmember with tracking and following infrastructure and development projects, as well as handling constituent issues for the ‘Aiea, Pearl City, and Waipahu communities.

Prior to working for the Councilmember, he was a high school teacher and coach at Damien Memorial School, worked in higher education, and was a staff assistant in the Hawaii State Senate to Senator Will Espero. 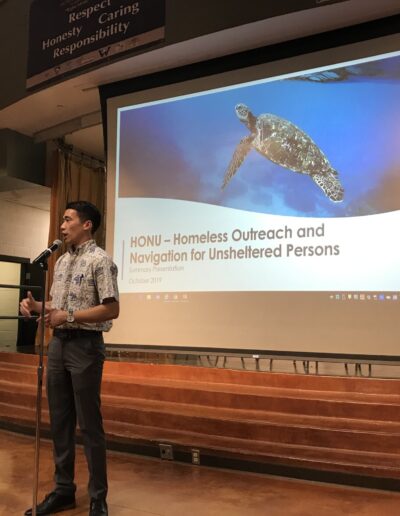 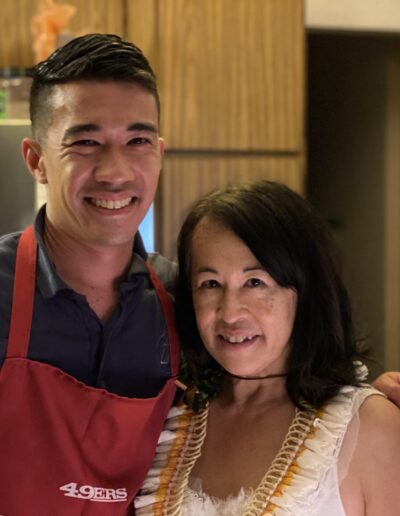 Brandon and his mother, Divina 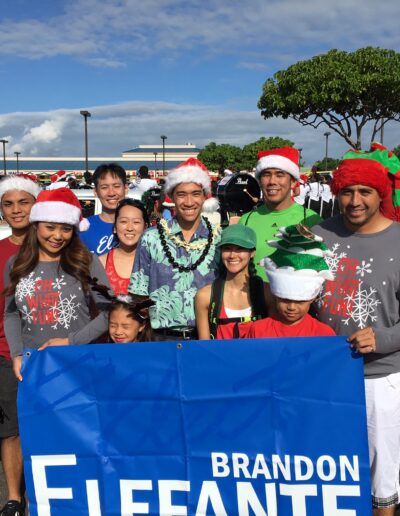 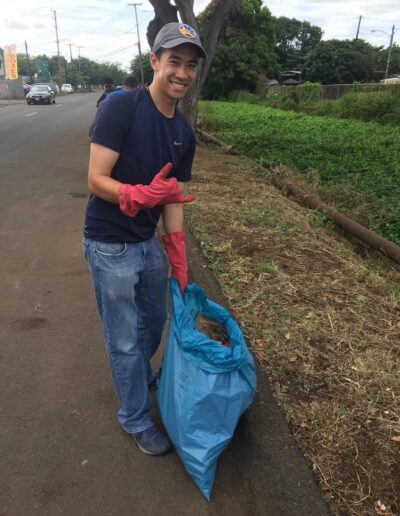 Cleaning up litter in the community